Home » Imageworks » Blog » What 16mm WDW Films are we raising money to restore? All is revealed

If you’ve been following us, you know that we are working on a special project to restore two 16mm WDW films. These are not home movies, but professional productions that we would like to restore and share with the world. Together they have a runtime of over one hour, include sound and from our research there are no existing High-Definition digital prints of either of these films anywhere. We have seen a few horrid grainy VHS transfers, but they are just that, abysmal and nearly unwatchable.

16mm films were the “home video” of the 60’s through the early 80’s. Companies like Disney rented these films to schools, civic groups and travel agents who would screen them for students, members and clients. Promotional films like this were the only way, aside from the occasional TV special, to promote Disney World in moving pictures. Disney did little television advertising until the Eisner era began in the mid eighties – in fact almost all of the print advertising done for Disney World was done by their sponsors like Eastern Airlines, not by Disney themselves.

Our prints were issued by Disney from the original negatives.  When our conversion and restoration is done the only better copies anywhere in the world will be on the original prints in Disney’s vault (assuming they have them). The likelihood that 30 to 40 year old promotional travel films will ever receive this kind of attention from Disney is nil. We’re convinced that if these films are to be rescued and preserved it’s up to us to do it.

Many have asked “What are the films?!” – Now that we’ve reached 50% funding necessary to make this project happen we are releasing the titles of the films so you know exactly what we will be working on:

These films are in decent physical shape, but do need quite a bit of color restoration as you can see from one of the title frames in the upper right. And yes, both have sound. We think we can restore these in a fashion better than this WDW promo film that we did a few months back (https://vimeo.com/122931747) – we will be using a higher quality scan system and improved color balancing software. You can clearly see how much color you can bring back into a film. 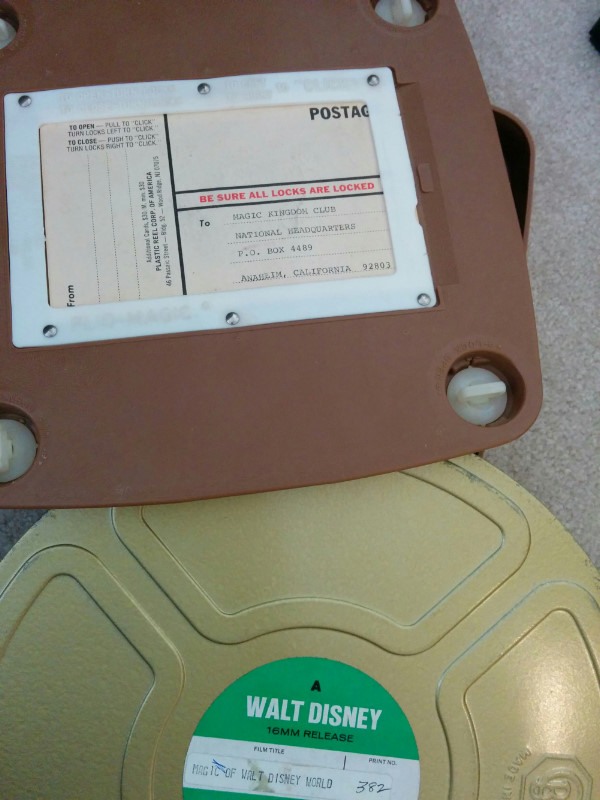 Because we want to have these films scanned and digitally transferred with the best possible technology the cost of this process is beyond our current budget. To help us restore these films we setup a support us page at Patreon (https://www.patreon.com/retrowdw), while similar to Kickstarter or Indigogo, Patreon is crowdfunding that is geared towards those producing media. We’d appreciate any support we can receive for this project and your support will not be left un-noticed, not only will you get to view the restored films before the general public but we’ve got some additional rewards for helping us out:

We respect the fact that not everyone can support this endeavor, but we thank all for their continued support not only with this project, but with our podcast and RetroDisneyWorld.com. To be clear, once these films are restored everyone will get to view them for free. We are not selling copies or access to these films for money, the funding from the campaign will be used to digitally transfer and restore the films only.

If you can, please support us at https://www.patreon.com/retrowdw

Thank you for your continued support!

I can’t wait to see them! But the comment that Disney didn’t do much TV advertising pre-Eisner is interesting. When I was a little kid, I went to Walt Disney World in, I think 1977. My dad didn’t think Space Mountain was a roller coaster. My brother and sister and I knew it was, and tried to convince him. (He was sure it was the People Mover. I recently read in David Koenig’s “Realityland” that this was a common confusion in the early days.) Anyway, as I remember it, the reason we kids knew it was a roller coaster, was… Read more »