Our monthly podcast and much of the site’s content is produced, edited, and hosted by the following individuals. 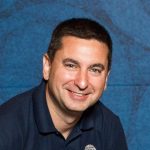 Todd McCartney kicked off his adventures in Walt Disney World in 1980 and since then it has been an ever-growing part of his life. Frequent trips as a teenager begat his self-published book “Walt Disney World Made Simple”…Todd then realized he’s not one who eats, sleeps and breathes everything Disney…his focus and interest were solely in the philosophy and design behind the resort and its deep rich history. He founded RetroWDW.com in 2012 to establish a place where artifacts and media associated with WDW could be shared and stored and spearheaded the start of the Retro Disney World podcast in 2015. As co-host of the podcast and co-founder of the Lake Buena Vista Historical Society Todd’s focus is on restoring and archiving the society’s collection of home films and movies as well as ensuring its financial stability. While not podcasting Todd is a Director of Professional Services at an educational software company and fills his time with many things, not limited to traveling, general making/tinkering, pretzel baking, and model building. Todd, his wife, and his son reside in southern New Hampshire.

Todd can be reached at todd.mccartney@lbvhistory.org 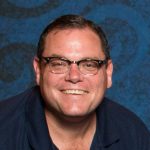 Brian Miles has been visiting Walt Disney World since 1988 when EPCOT Center wowed him. A lifelong resident of the Philadelphia region he is our resident expert on Presidential, food, pop culture,    and other bizarre history topics that interest him. In addition to co-hosting our monthly podcast, he oversees the digitization of our vast photographic slide archives and acts as a sort of “administrator” for the various and sundry tasks associated with keeping LBVHistory’s content churning. When he’s not talking about “the way things used to be” he is a Vice President for Human Resources and Risk Management at the medium-sized real estate development firm where he’s worked for the last 20+ years. 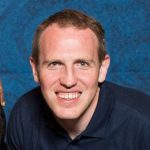 JT Kuzior has been a fan and guest of Walt Disney World for the past thirty-five years. Living in Ohio, the journey to Florida became a yearly tradition, usually by car and in the early days, trailering a camper to Fort Wilderness. JT enjoys the unique aspects of the resort and all of the history attached to the various stories and cast members. When not discussing Disney with RetroWDW, JT enjoys nearly everything automotive. This includes his own website and YouTube Channel, Rubber City Motoring. Also, add home improvement, exercise, skiing, and movies to the mix. In recent years, his two small children have become the main priority though, and it is always an adventure. JT has been in elementary education for the past fifteen years, working with students PK-5 and continuing his education often. One of JT’s primary goals for RetroWDW & LVVHS is to preserve and share all of the stories we hear before they are lost forever.

JT can be reached at jt.kuzior@lbvistory.org 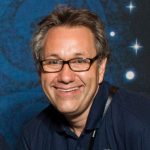 How Bowers made his first visit to the Magic Kingdom in March of 1971, taking a bus tour of the site offered to relatives of construction workers.
He grew up outside of Buffalo, NY, making yearly trips to Orlando’s attractions, before relocating to the City Beautiful in 1979. He now lives in Saint Petersburg, Florida with his wife and family.
Outside of his Disney-focused research and writing, How cultivates a broad range of interests including cocktail making, Polynesian Pop, and writing and playing music. He also makes occasional appearances as an actor in podcast dramas.
How is the co-owner and principal designer at JordanBowers, a design firm that specializes in UI/UX design for SAAS and mobile applications.

How can be reached at how.bowers@lbvhistory.org