A remarkable set of slides dated April 1975 capture a necessary and notable part of any theme park: The dining establishments. When we get a set of slides like this with no context as to their origin we are left to speculate or create our own backstory. At RetroWDW we choose to believe this set of slides was taken by a person doing research on how Disney does counter service and buffeteria-style dining. You’ll notice photos of an ice cream cart in Adventureland,The Oasis in Adventureland as well selling Pepsi, Coke, Fritos and Munchos. A nice exterior shot of the Sunshine Tree Terrace is also seen. Let’s dive a little deeper though on some places.

An exterior shot of the Tomorrowland Terrace precedes three additional photographs inside of the prep counter and the ordering queue. Unfortunately the only glimpse we get of the Technicolor menu boards is of the desserts and drink options.

If it’s entrees you’re interested in then head over to Plaza Pavilion where the menu boards offer burgers  named after one of the Magic Kingdom’s themed lands. Mmmmm….pass me a Tomorrowlander. A series of slides detail the view outside and inside the Crystal Palace which at that time was a “buffeteria”. That was a term Disney used for cafeteria style dining where you’d move along a line and choose your items and then the items were plated by the staff and handed to you.

The kitchen where food was prepared is glimpsed in one slide as well as the serving line (at the salad station where vegetable, fruit and gelatin salads are visible) as well as the checkout counter at the end. Fantasy Faire, the Fantasyland Snack Counter that would become Gurgi’s, then Mrs. Pott’s and finally Storybook Treats today is seen. So is the Space Bar, an excellent name for the present day Lunching Pad in Tomorrowland. A cashier flashes her smile in Liberty Tree Tavern in Liberty Square and a look outside at the lengthy crowd in front of the Mile Long Bar in Frontierland. Finally, a snapshot of one of the bars in the Polynesian Village Resort closes out our fascinating visit.

In one bonus slide the family is glimpsed and the man is carrying a clipboard. Who he was doing research for and whatever came of it is lost to history but these very interesting images will live on at Lake Buena Vista Historical Society. 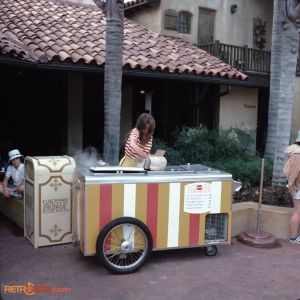 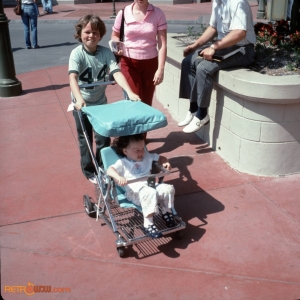 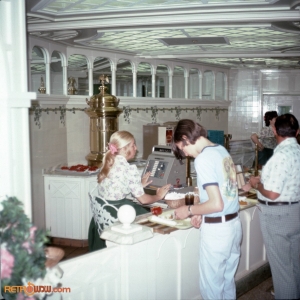 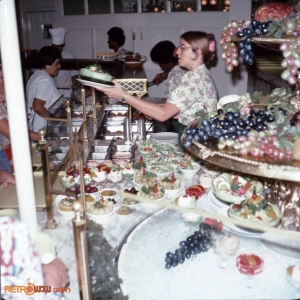 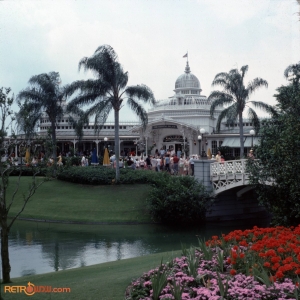 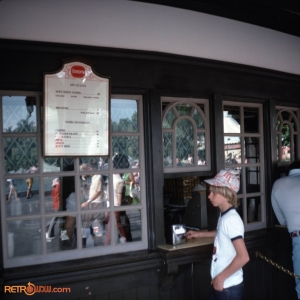 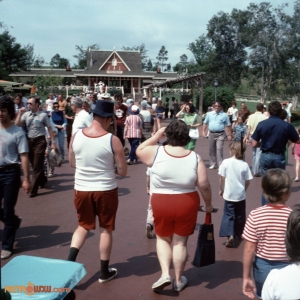 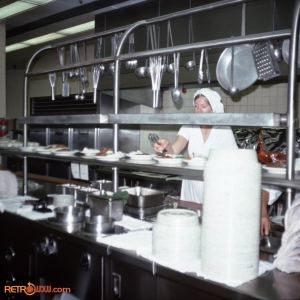 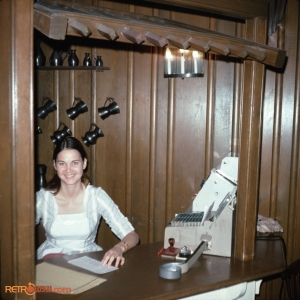 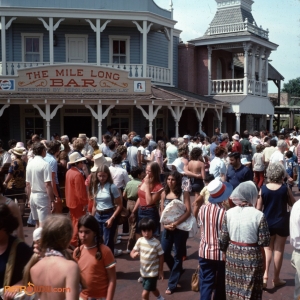 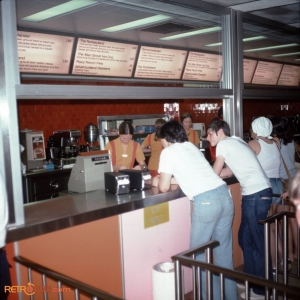 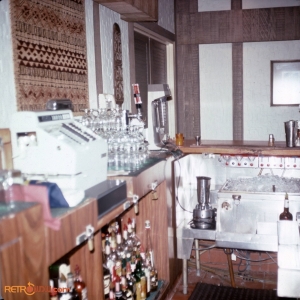 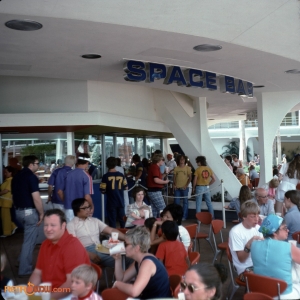 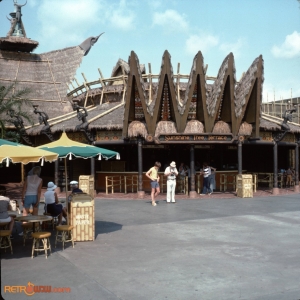 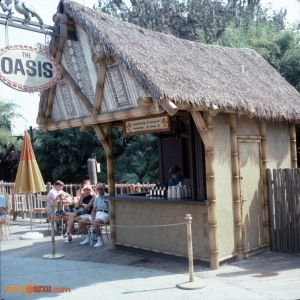 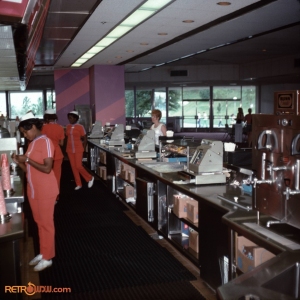 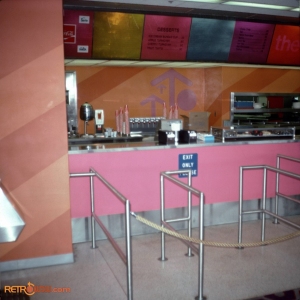 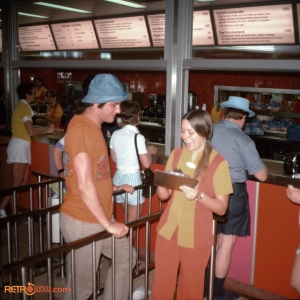 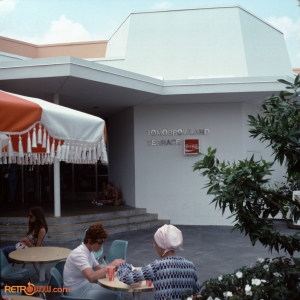 Great pictures. For years I have been looking for a picture of the Liberty Tree Tavern kitchen and cashier cage and both are in this deck. Looks like they are serving up Patriot’s Pot Roast and Chicken ‘n Dumplings. Great memories.

Thanks for sharing these photos, I absolutely love them! I’m 52 and visited wdw in 1970, when my father helped build it. Then, it was just a bunch of slides in a theater. Later in 1977 we visited when I was 10 years old. I have the large poster size map hanging in my office.