Hi, everybody. I screwed up. I posted a picture of the Haunted Mansion Bride and I got the year WRONG. Below you’ll find the Bride as in a photo my mom took in 1976. Second below is actually from the late 80’s. 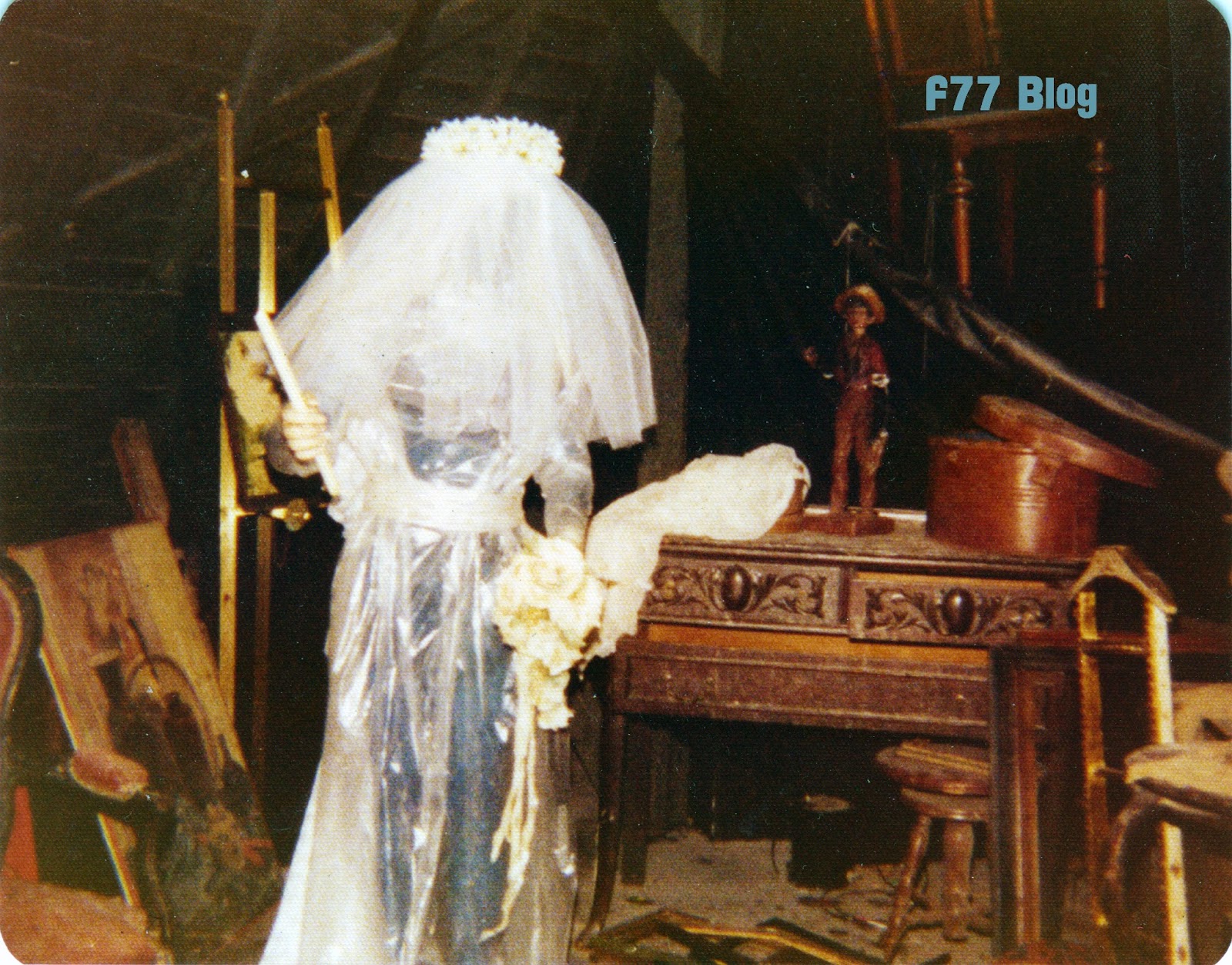 1976
I think the original version is way more creepy than the current “in your face”, screaming, projected, nightmare. You couldn’t…
Hi, everybody. I screwed up. I posted a picture of the Haunted Mansion Bride and I got the year WRONG. Below you’ll find the Bride as in a photo my mom took in 1976. Second below is actually from the late 80’s.

1976
I think the original version is way more creepy than the current “in your face”, screaming, projected, nightmare. You couldn’t tell what it was. The veil hid her face, she was glowing from inside, her eyes were glowing through the veil, and her heart was a red beating light. 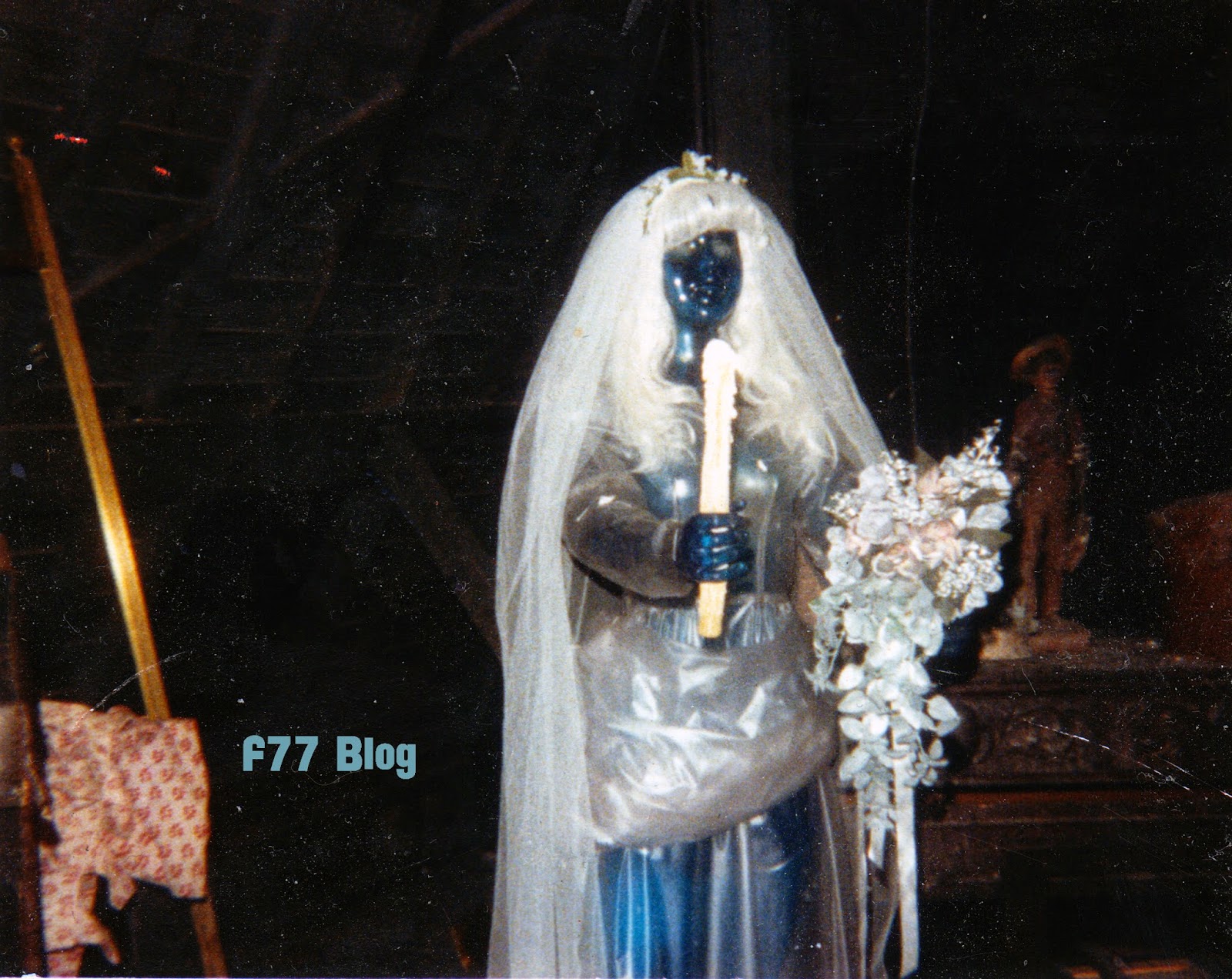 1989
Then somebody decided it was time for a make over. I have no idea why. It seems like the folks at Disney just can’t leave her alone. They’re always coming up with crack pot back stories and changing the figure when, in the grand theme of the attraction, it doesn’t make a shitting difference. 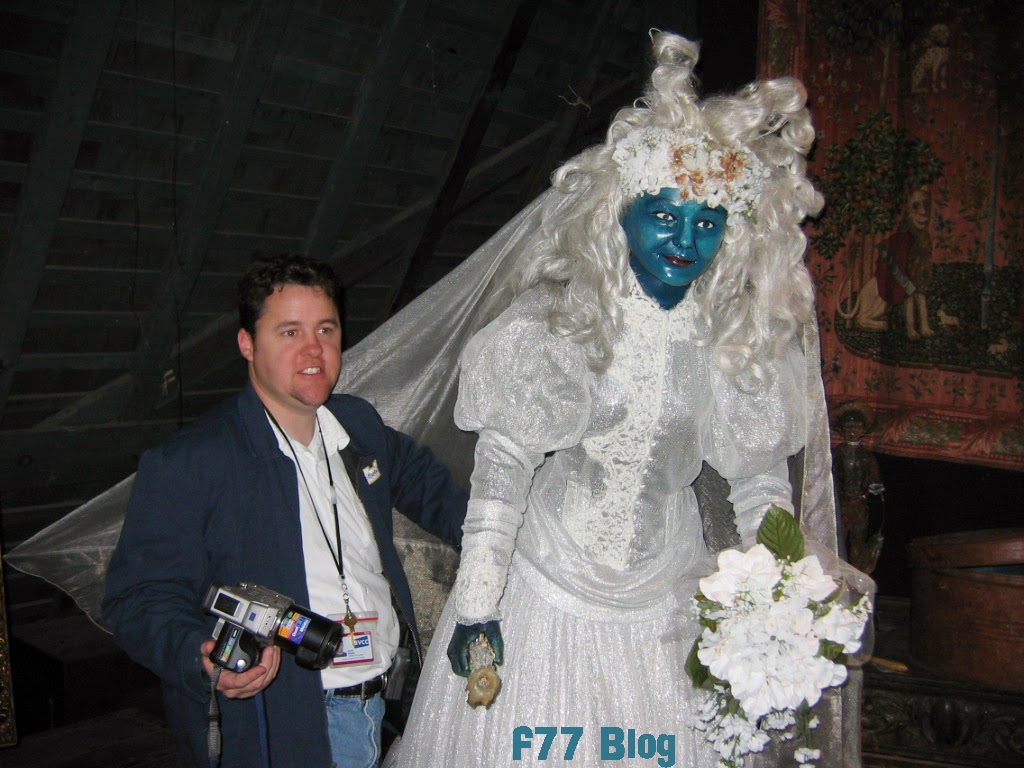 2004
Here I am next to the 2004 hulking mess of a bride. This time the made her levitate and they made her HUGE. I’m 5′ 11″ but I look like Gary Coleman next to that thing! At this point they just painted her blue. No transparency. Just a flying blue woman hanging out in the attic. “Whatchoo talkin’ ‘bought, Willis? 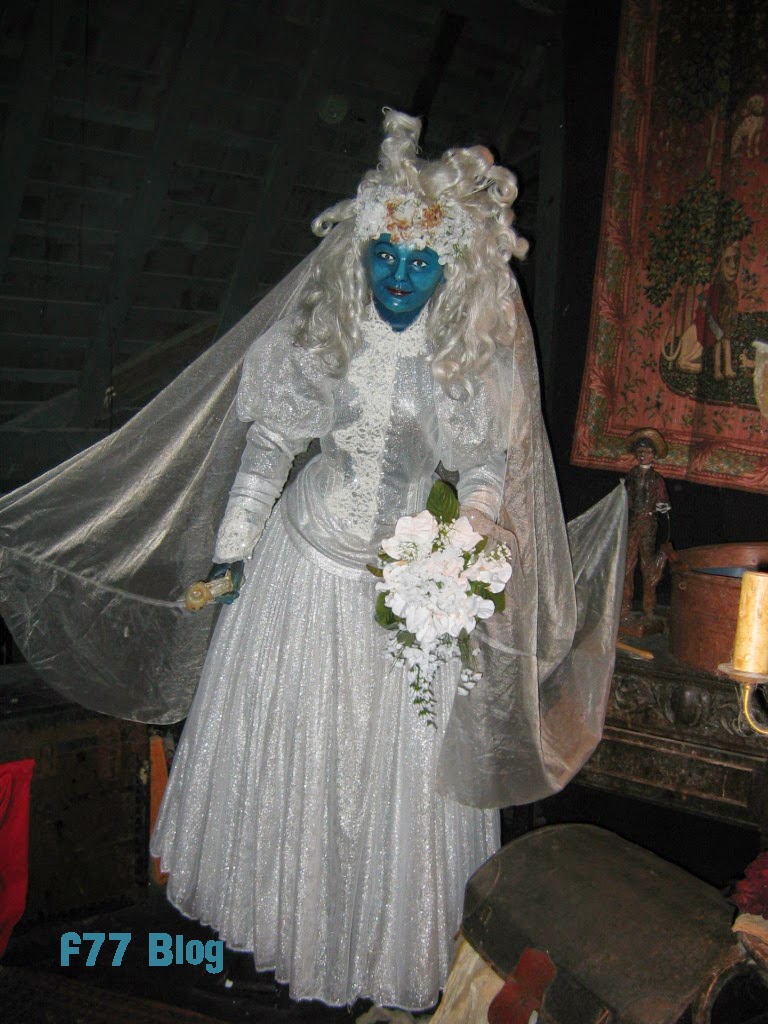 I love how so many people thought it was cool that she had the same head as Jane over in the Carousel of Progress. Like if Jane got a job as a member of the Blue Man Group. 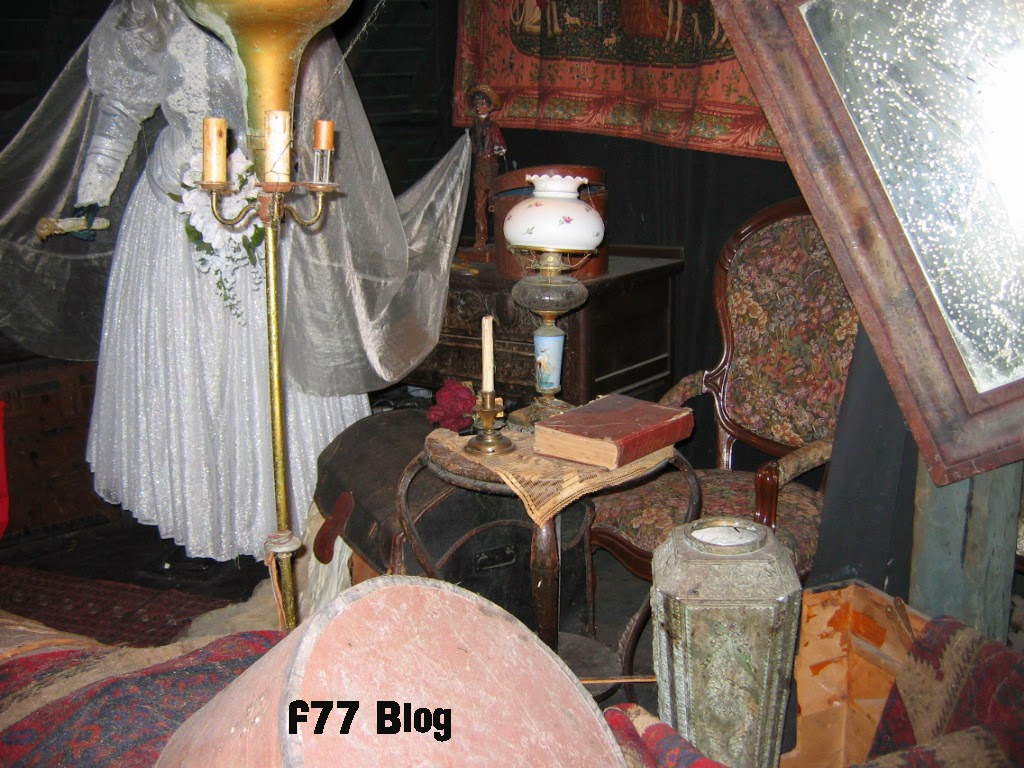 By this time the little statue of Tom Sawyer was still in the attic. See him back there? He might still be there. I don’t know because I don’t go anymore. Somebody told me once that this Sawyer statue was a nod to Tom Sawyers Island across the river from the Haunted Mansion…….
If there’s one thing I hate it’s Haunted Mansion back stories and legends.
Why would anybody waste their time putting a nod to TSI in the attic of the Haunted Mansion? Do you really think that the decorating crew had time to scour the country looking for a fucking statue of Tom Sawyer so they could make a nod to an attraction that wasn’t even there when the Mansion opened??! That’s stupid.
The REAL story is…..that isn’t Tom Sawyer at all!  It’s Huck Finn. That’s right. Everybody knows that Huck was a ladies man. The widow Douglas didn’t adopt Huck, for example, they had an “agreement” and often got into activities that involved plenty of rope. Ask Aunt Polly. Ask Muff Potter. Oh yeah. Huck was open to anything. Especially with a guy named “Muff”.
By and by he sailed up the Mississippi and over to the Hudson River Valley where he fell in love with a sea captains wife. They fooled around hardcore until the captain caught ’em IN THE ATTIC doing some role play wedding stuff! He threw the bitch out the window! Struck with rage Huck chopped off the captains head and threw it down the AVAC system! Then, being only 16 inches tall, he sneaked out of town and sailed back to Hannibal!
That’s why there’s a life sized statue of Huck Finn in the attic of the Haunted Mansion. That’s why he was holding the brides dress up (see the last two pictures). He was getting an eternal “last look” at her junk.

Come Remember With Us