Home » Historical Research » Is the Magic Kingdom Toll Plaza arch from Wonders of Life? Let us find the Truth… 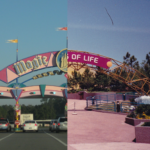 Note: On the upcoming RetroWDW Podcast Episode 78 – Wonders of Life Part II we discuss the arches, but it didn’t seem right to just share our findings in the podcast. This article is a companion to this episode and will prep you for the upcoming discussion which may be hard to follow at times!

We’ve all heard the story of how the Wonders of Life (WOL) entrance arch was repurposed as the Magic Kingdom Toll Plaza arch. Where did that come from? Imagineer? A book? A lazy storyteller who stretches truths? This claim seems pretty legit on the surface as it is very easy for anyone to say they are the same arch and subscribe to what I call the Assumptive Hypothesis, which goes something like this:

Ok so to start off we need a hypothesis to test, so let’s use the exact thought that is out there in the wild. Our hypothesis is that the WOL and TP arches are the same. Ok, that was easy, let’s move on and get some data!

Ok, this seems daunting. where can we get data on the arches? Well let’s start with the easy stuff we already know and test some theories and see if they support our theory:

Most folks would stop here and say, it passed the test! It’s true!! But this doesn’t look conclusive to me, so let us employ Google Maps, FL Department of Transportation Aerial photography and photos to collect more data!

Let us start with this fantastic photo of the Toll Plaza arch: 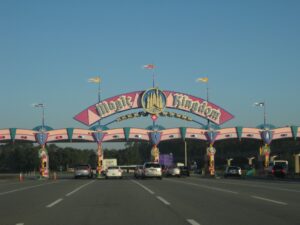 Now, what about the WOL arch? Well here is a wonderful almost straight-on shot: 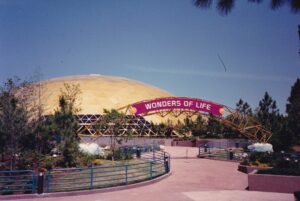 So what did we learn?

Well, this isn’t looking good… Let’s do some more research and tests!

Some photos here for you to think about as you read the table above: 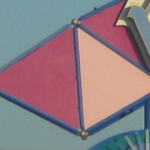 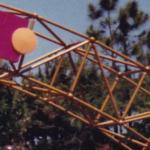 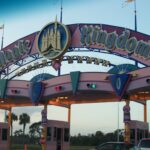 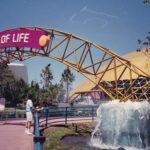 But wait! They took the entire WOL arch down, dismantled it, and re-assembled it as the MK arch!!

Now some may say oh they just cut the beams from WOL to make the Toll Plaza arch and reassembled it all. Let us take a look at the materials:

Acceptance or Rejection of Hypothesis

Well, here we are… If you’re reading this you either think I’m off my rocker, you scrolled to the bottom and ignored most of this article, or you’re salivating to read the rest because you want to go to Twitter and win a friendly bet. Going back to the beginning of the article our hypothesis was: The WOL and TP arches are the same. We used this hypothesis because that is the “rumor” or “unverified truth” that is circulating out there. So after gathering all that evidence, all that testing and math I’m pretty sure you know where I’m going with this. I reject the hypothesis that The WOL and TP arches are the same.

From all of the above, I think we can say with pretty high confidence that The Wonders of Life and Toll Plaza arches are NOT the same. Surprise!

Could the WOL arch have been cut, welded, sanded, primed, painted, reinforced with cables, and installed on the Toll Plaza? Sure; I’ll give it a nod that this is plausible, but not probable. Think about it, if you had an arch, why would you go through the expense of dismantling and reassembling it only to make another arch that is completely different from the one you started with? Angles, faces, design, colors, and mounting points…all different, and quite possibly the toll plaza has a different weight requirement than the two concrete blocks outside of the WOL pavilion. Almost certainly it is easier and more cost-effective to buy a new space truss system that meets all of your requirements and is safe and meant for the space it is installed in.

So why is everyone convinced that they are the same? Some of the facts we presented make it blatantly obvious they are not the same, but in a tweet or passing conversation, it is easy to acknowledge as truth. Your brain says “Oh look, two similar arches and this person says they are the same therefore I believe them!”. We as humans love nostalgia and “fun facts”, regardless of their validity or plausibility and it’s not often that we seek to verify what we read. Throw in the “Disney factor” and by that, I mean there is an overall fascination with history at Walt Disney World and its fan base seeks out “truths” to nearly every facet of the park, its design, and its operation. It is true that some items at WDW have been reused or repurposed, I’d never deny that. But because of this known reuse, it inadvertently helps support other theories that may not be sound in detail but appear truthful on the surface.

There may be welders, painters, or Imagineers that are out there with facts that I don’t have. I welcome anyone who would like to try to prove my theory otherwise, photographic proof is highly recommended. I’m exhausted and I think we have a pretty good case here.

These are the things that make the Internet so fun. 🙂