Bonfamille’s Cafe was the table service restaurant for Port Orleans Resort when it opened in 1990.  In 2001 the resort merged with Dixie Landings to become Port Orleans Riverside and French Quarter resorts, respectively.  Bonfamille’s closed that year and never reopened.  The restaurant got its name from Madame Adelaide Bonfamille from Disney’s 1973 film “The Aristocats”.  Children’s menus from the time the resort opened drew on this inspiration with a coloring book that explained the backstory of the restaurant and the resort. 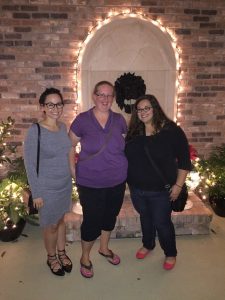 The adult menu, presented here in its entirety, is a testament to how elaborately Disney tried to “lean into” the details of each aspect of the resorts during the “Disney Decade” that saw the development of hotels, water parks, shopping districts, and a third theme park.  This menu draws inspiration from the author’s “Memere” (French for Grandmother) explaining she drew influences from New Orlean’s mixture of French, Spanish, African, and Native American cultures.  There’s a visual pepper representation to indicate the spice level of each dish, as Cajun and Creole food are known to be spicy.  There’s even a story on the menu to explain that you can order appetizers as your meal.

By the time you got around to reading about “Old Fumey”, Memere’s cast iron stove your server probably would have visited 2 or 3 times to take your order.  There’s A LOT to read on this menu and I can’t imagine people read all this in lieu of just picking out their menu choices.  It’s cumbersome. 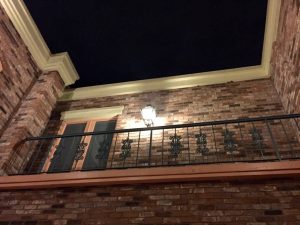 The menu concludes with a nod to the courtyard contained in the restaurant and a plug for Boatwright’s, the table service restaurant at neighboring Dixie Landings resort.

In December 2015 they opened Bonfamille’s for 10 days over the Christmas holiday for family-style meals.  I was visiting that week and had a great meal there with friends.  We even got a few pictures in the Courtyard after dinner.

The staff told me the restaurant is used for internal meetings and as a test/training location for Disney’s Food & Beverage division.  While they were hopeful the temporary opening would be repeated during future busy times the December 2015 opening marks the last time the restaurant welcomed guests. It remains closed. 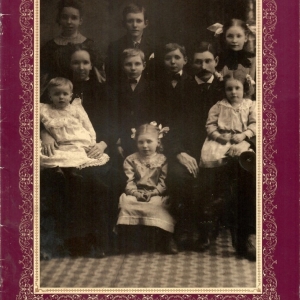 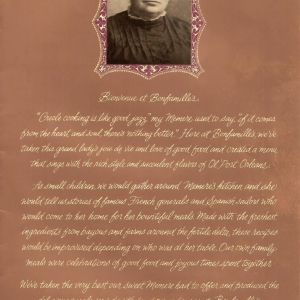 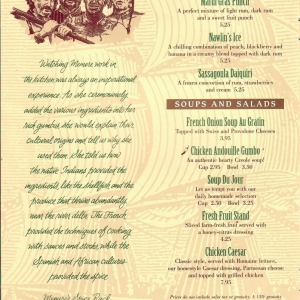 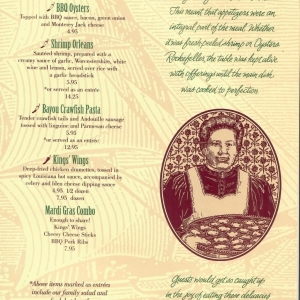 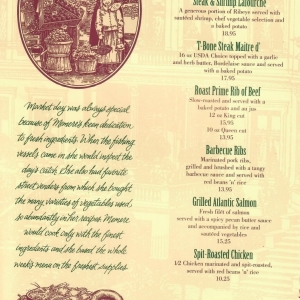 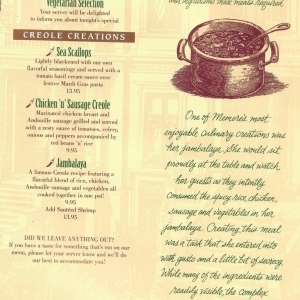 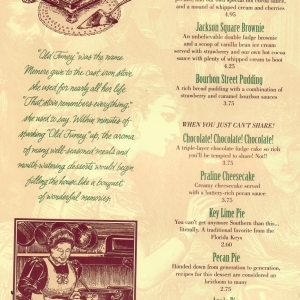 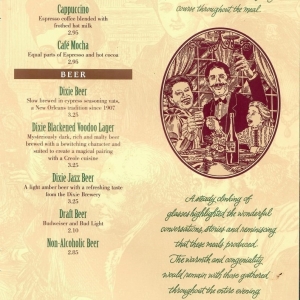 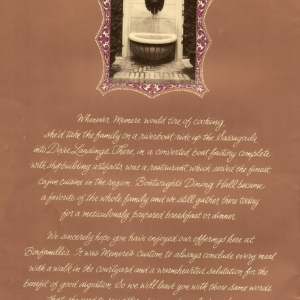 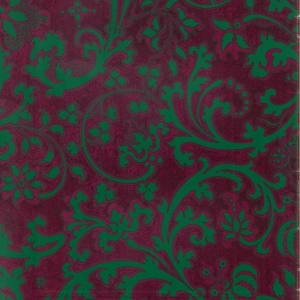 Worked there from 92-94. Amazing menu and always was a resort favorite for the big wigs at Disney.