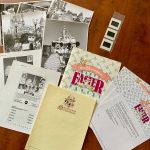 Shortly after last year’s Easter holiday, we acquired a press kit promoting the 1990 Walt Disney World Happy Easter Parade. By nature, most seasonal promotional materials are specific to a single season and usually not retained. While hundreds of these were sent to television stations around the country, finding a completely intact kit 30 years later is extraordinary.

The kit would have been sent to ABC affiliate stations around the country to promote the parade broadcast. The parade was in its 6th year since beginning a national broadcast in 1985, with all but the 1986 parade being broadcast on ABC with Joan Lunden hosting. Lunden’s early sidekicks included disc jockey Rick Dees, entertainer Ben Vereen and eventually, the pairing of Lunden with Alan Thicke as co-host and Regis Philbin as the “man in the streets” around the resort took hold. That is the team being promoted for 1990 in this press kit. In 1986 CBS hosted the parade and switched back and forth between New York City and Walt Disney World.

It is all packaged in an attractive printed folder with Thumper, the bunny from Bambi adorning the cover.

Several of the promotional pictures of Mickey, Minnie, and Mr. & Mrs. Easter Bunny were used in other media of the era. An alternate photograph of Mickey & Minnie’s parade float was used in the March 1989 WDW Calendar. 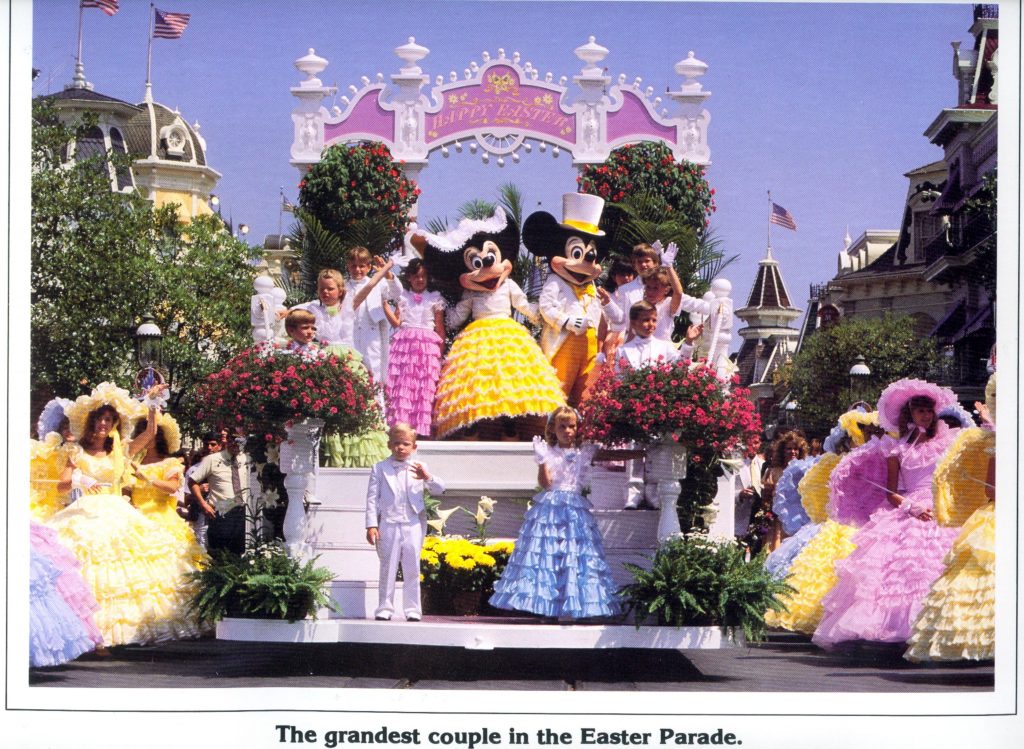 An alternate take of the photoset in the flower market was used in the 1990 Walt Disney World Calendar. 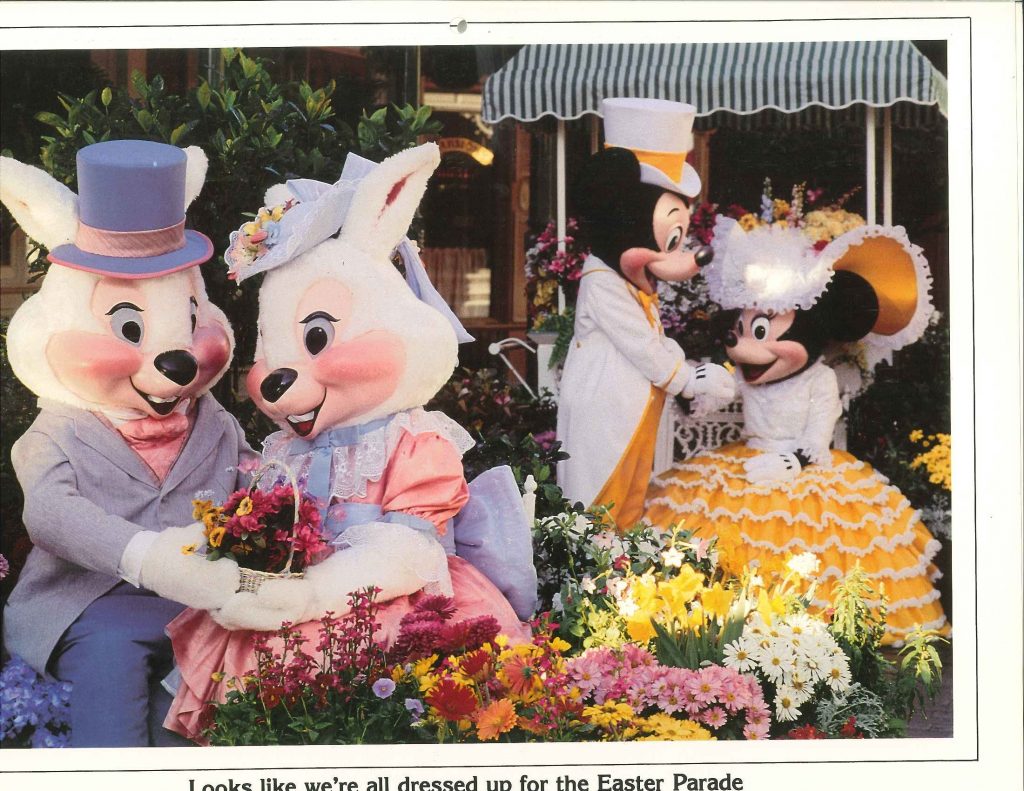 The Easter Parade was broadcast each year from 1985 until 1999. Notably, Disney would broadcast it at 12:30 PM to allow for families to attend Easter Sunday church services and not miss the parade. Joan Lunden hosted every year until the last three in 1998, 98, and 99.

The entire press kit is available in the gallery for your enjoyment. 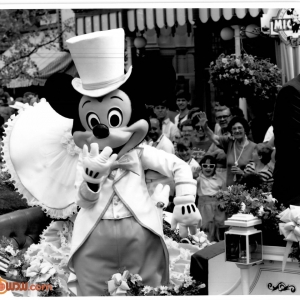 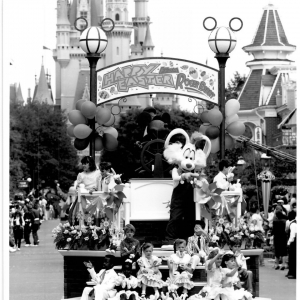 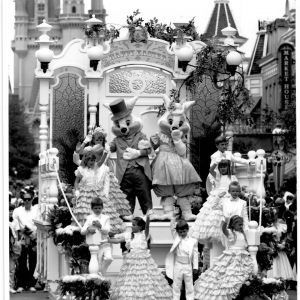 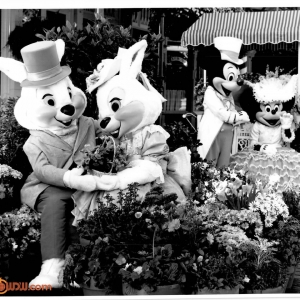 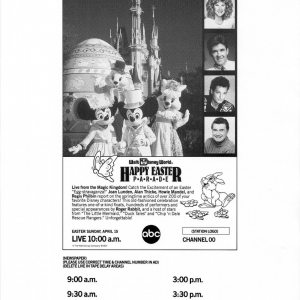 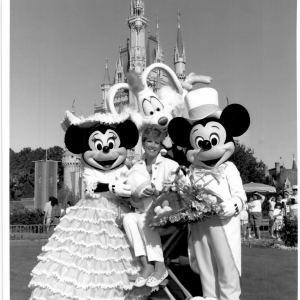 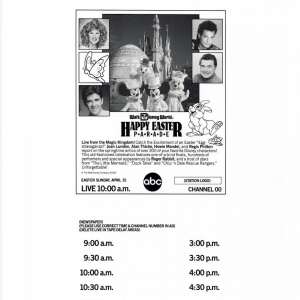 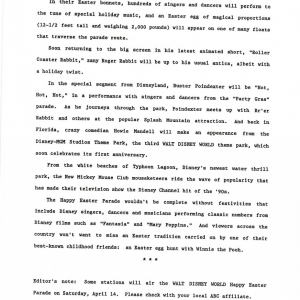 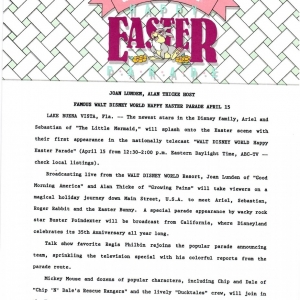 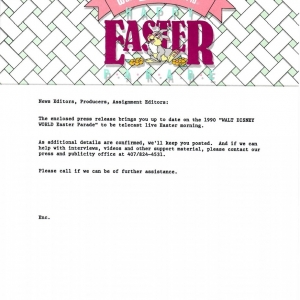 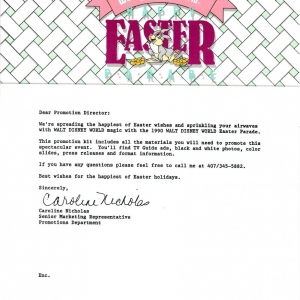 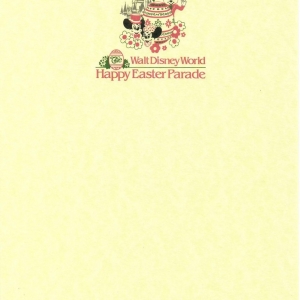 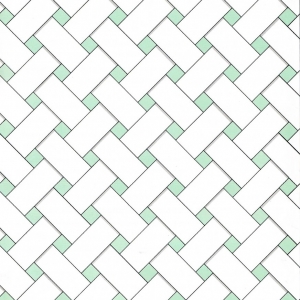 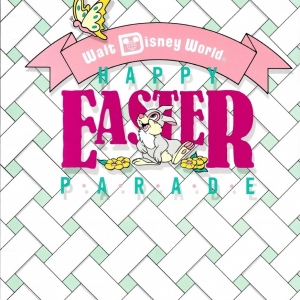 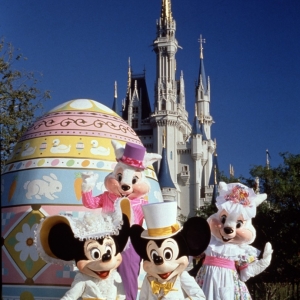 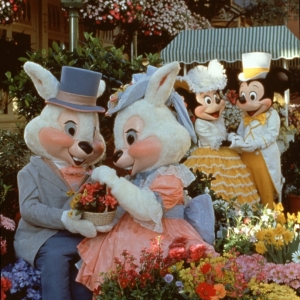 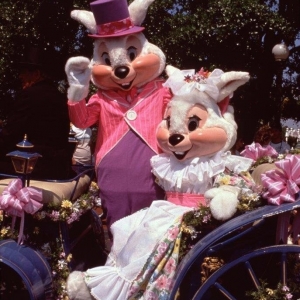