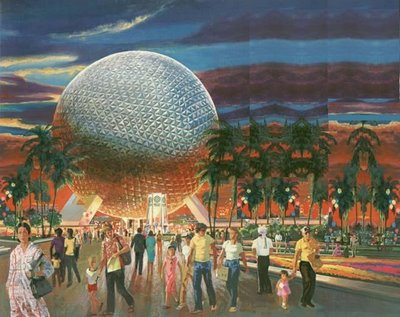 I bought a cool World of Motion t-shirt recently that elicits comments whenever I wear it. No doubt, most people don’t know what it means, but those that do … well, they fawn all over it and start talking about how cool EPCOT Center used to be.
They often use those words: used to be.
But the t-shirt attracts attention, I think, despite the…