Another fantastic addition to Brian’s Slide Carousel This set of slides labeled Walt Disney World and dated October 1971 came to us by way of an estate sale in Michigan. Because of the date stamp from Kodak we knew the slides were from Walt Disney World’s first days of operation. Thanks to @Gulopine , we think we’ve narrowed the date down, as he wrote the following to us: “The extreme cloudiness got me wondering. Looking back through the Orlando Sentinel for the first two weeks of October 1971, only the 10th and 12th are listed as having “considerable cloudiness”. Pretty compelling evidence given the weather in the photos, so we’ll go with that seeing there is no evidence in the set that indicates the actual date.

While each of us finds different details we attempted to keep the two slide sets in some kind of chronological order. So the first slides you’ll see is from the approach to the turnstile and entrance plaza. I’ve been quasi-obsessed with what the sandwich board sign under the train station said since I first spotted in the Magic of Walt Disney World 16mm film we restored. Well it’s plain as day behind Tigger at the entrance plaza noting that filming is going on in the parks that day.

Throughout you’ll notice how new and clean everything is, how many benches there were to sit on throughout the park, how sparse the crowd is and how jarringly empty (non-existent) Tomorrowland is (Bbeyond the Teacups you can see it was just the Speedway, Skyway Station and then….nothing) Some of the guests are wearing name tag stickers which indicate they were part of some kind of group.

There’s a stunning photo of the Treehouse queue and a fair number of photos of each of the themed lands. The orange-wedge umbrellas on the terrace of Pinnochios Village Haus shot from the Skyway look gorgeous and the stunning Alpine motif of theFantasyland Skyway station is captured in a few photos as well.

The immature landscaping is jarring against the large walls of the Mr. Toad building and while construction cranes creep into a few shots in the park itself the Contemporary is surrounded by no less than 5 cranes!

Although the images on the slides were in very good condition, the cardboard slide frames showed some wear from poor, damp storage over the years. This is the first full set we utilized my new slide scanner and the results, after a bit of color correction in post-production, show a marked improvement.

Please enjoy this visit to the park when the paint was still fresh and the varnish and cement barely dried. 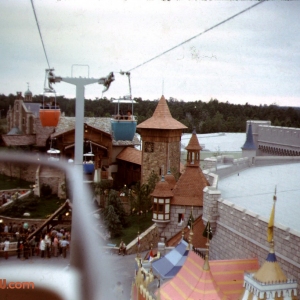 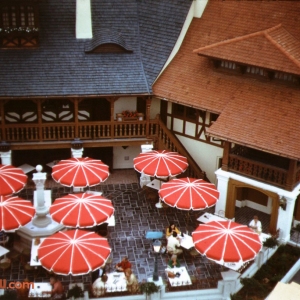 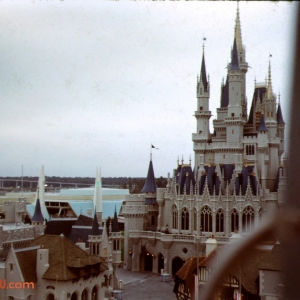 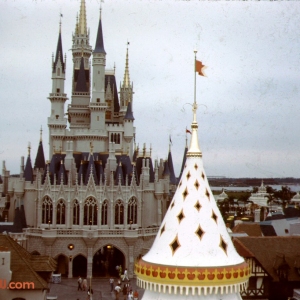 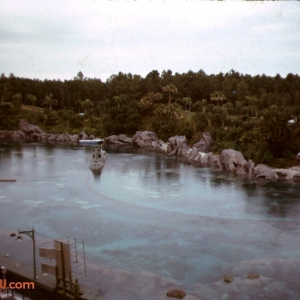 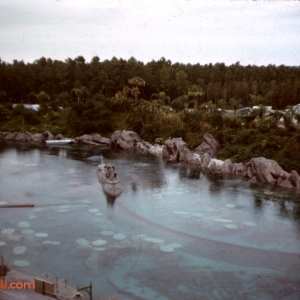 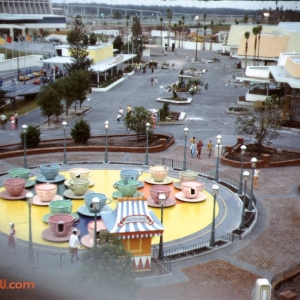 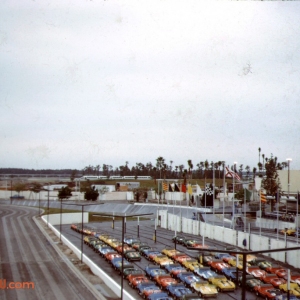 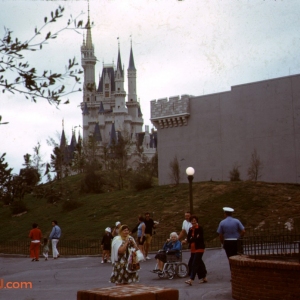 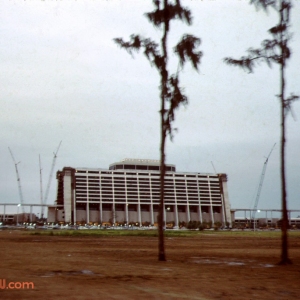 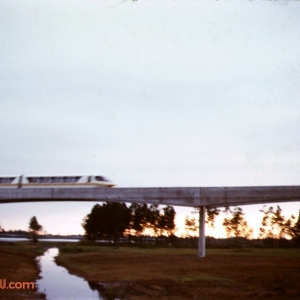 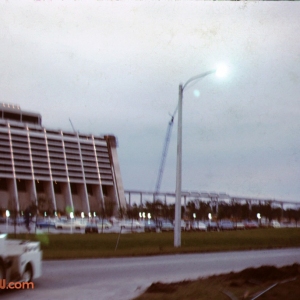 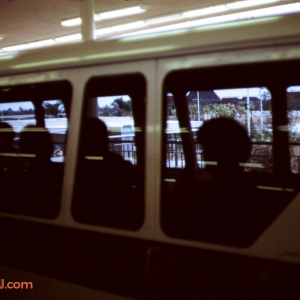 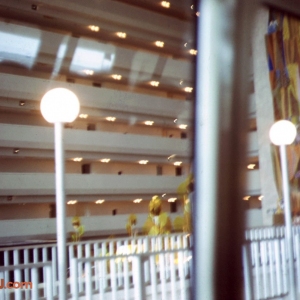 Don’t forget we have hundreds of other slides in Brian’s Slide Carousel!

These are awesome….my first visit wasn’t until December of ’73, so I’m loving the really early slides! Thanks for posting them.

These are incredible! I always love looking at the details of these when you guys post them 🙂

Love these slides! Thanks so much for sharing! Quick question- where were the teacups located? It looks like they’re in the middle of a parking lot. (Maybe because the park is nearly empty). Thanks again for sharing!

They haven’t moved, they’re just next to a pretty empty Tomorrowland. The building under construction across from it is the former Tomorrowland Terrace, now known as Cosmic Ray’s Starlight Cafe.

These are pretty incredible. I’m going to climb in my time machine a make a trip back.

No MK bus stops. Thanks for sharing!

There is a slide in this collection showing a submarine in the lagoon at 20000 Leagues. This ride did not open until Oct. 14, 1971. This might help tighten the dating of your slides.